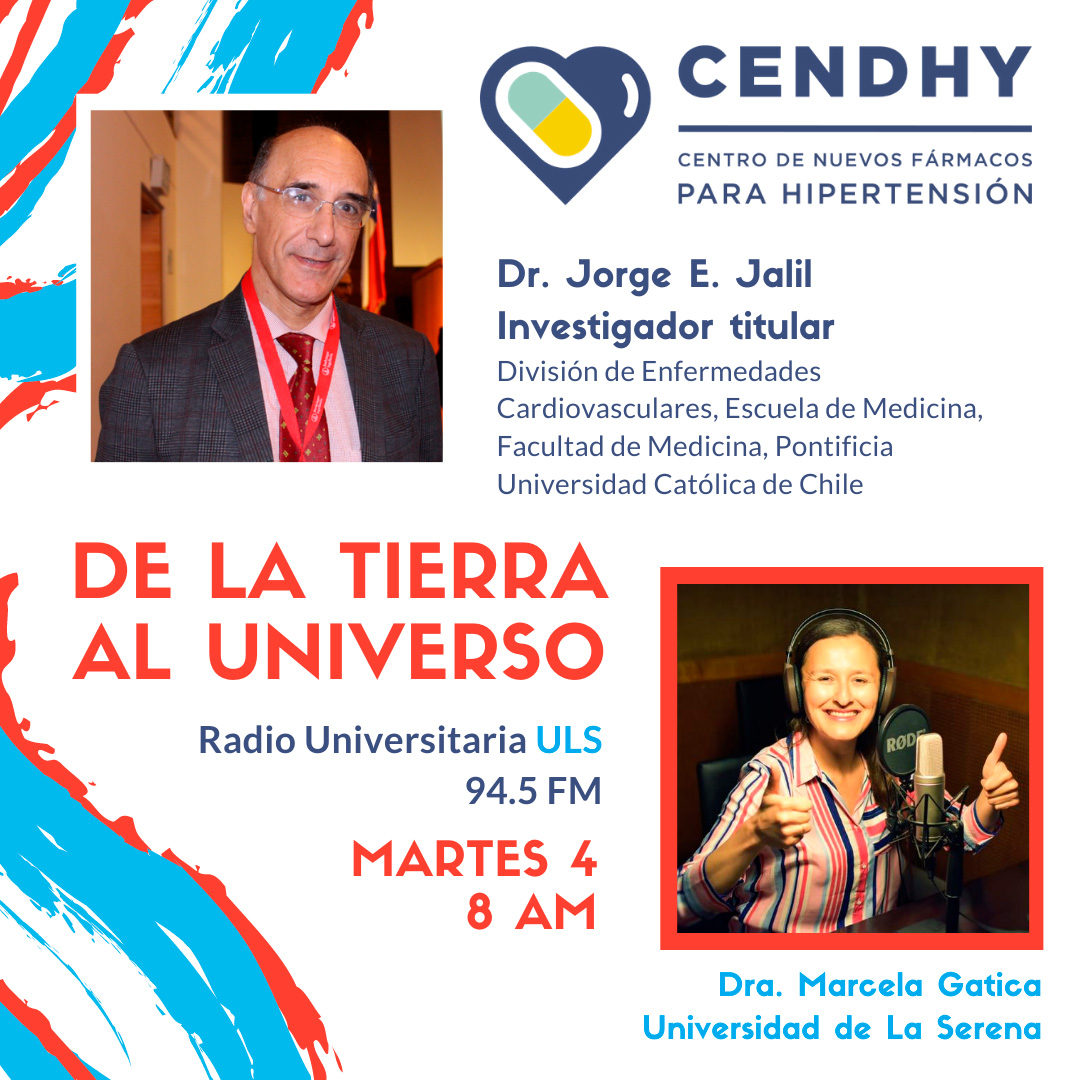 The interest in these pathologies is that each day around the world there are an average of 150,000 deaths, of which almost 50,000 are caused directly by cardiovascular diseases. In Chile, the mortality figure for this group of diseases is very similar, they are the leading cause of death and represent about a third of the total annual deaths in the country. According to the Ministry of Health, at the national level 34 people per 100,000 inhabitants die from acute myocardial infarction and 31 people per 100,000 inhabitants from other hypertensive diseases.

As the body also points out, 80% of premature deaths from cardiovascular diseases could be avoided by changing our eating habits for a healthier diet, engaging in regular physical activity, and also by abandoning harmful habits such as alcohol consumption and smoking.

For this reason, during the month of August in our country activities are carried out to raise awareness about the risk factors of cardiovascular diseases and teach about protective factors. In the commemoration of the year 2019 [1], the current Undersecretary of Health, Dra. Paula Daza, emphasized the importance of detecting risk factors in time in order to avoid suffering from these diseases. The authority indicated on that occasion that “both in Primary Care and in the private sector, everyone has access to preventive examinations,” noting that these examinations are free in the healthcare network.

At CENDHY, our research work is focused on the development of new pharmacology for the treatment of high blood pressure, one of the main risk factors for cardiovascular diseases. As part of our self-care campaign and, to kick off the “month of the heart”, principal researcher Dr. Jorge Jalil was invited to talk with the host Marcela Gatica about simple and everyday ways to prevent the risk of diseases of the cardiovascular system.

Science communicator Dr. Marcela Gatica, began the interview with the researcher of the Division of Cardiovascular Diseases of the Faculty of Medicine of the Pontificia Universidad Católica de Chile with a question that is of great interest: how much does cigarette or the consumption of alcohol in the risk of having cardiovascular diseases? This since, in general, heart pathologies are associated with eating habits and physical activity, however, Dr. Jalil pointed out that “the risk is given by a set of factors that we can modify, and among the most powerful there is high blood pressure, cigarettes and cholesterol levels”. On this last factor, he deepened that “cholesterol levels may be elevated due to genetic causes and with an influence of the diet of around a third”. The list of factors that most influence cardiovascular risk is completed by “overweight and all the cardio-metabolic pathology around obesity and insulin resistance” concluded the cardiologist at the Hospital Clínico de la Pontificia Universidad Católica de Chile.

Among the factors that cannot be modified, but that can be anticipated, Dr. Jalil mentioned the importance of genetics: “it is important in the sense that people with direct relatives who have had a heart attack, stroke or high blood pressure are more predisposed to develop any of these three conditions”.

On this point, the researcher stressed that all other risk factors can be modified. In particular, arterial hypertension must be controlled at normal levels, likewise the level of sugar in the blood, especially in diabetic, pre-diabetic or insulin-resistant patients. In the same way, it is recommended to be especially concerned about maintaining weight and the amount of physical activity within healthy margins.

The interviewers was struck by the detail about the influence of genetics on cholesterol levels, alluding to people who have a balanced diet and still have high cholesterol, to which the interviewee responded “in many places in Chile consumes what is called homemade food, which is very balanced in terms of carbohydrate, lipid, protein and even salt levels”. Adding that “in this type of people the production of cholesterol itself is what generates the elevation of the levels and, consequently, the increased risk”.

In relation to the danger of high consumption of saturated fats, Dr. Jalil explained that it is due to the development of atherosclerotic plaques that are deposited on the walls of the arteries. Fortunately, he noted, to control this “there are very good drugs right now that work very well for most people”.

¿Who has higher cardiovascular risk?

Based on his experience with patients as a clinical cardiologist, the doctor explained that “when advising a person, we see what their level of risk is: in general, older people are more at risk, men are more at risk than women, but that evens out after menopause. Those who are hypertensive, those with diabetes and those who smoke are more at risk”.

Faced with Marcela Gatica’s question about a person around 35 years of age with no family history of heart disease, is a blood test once a year enough to monitor lipid levels as a preventive measure?; the response of the vicepresident of the Chilean Society of Hypertension was the following: “in such a person the fundamental thing is to ask yourself some questions and start with the existence of overweight or obesity, and then if you smoke or not”. The recommendation for young people without risk factors continues with the performance of tests for cholesterol and its fractions in the blood, and the control of glycemia.

Along the same line, the professional was consulted by unusual cases of men specifically, with a set of cardiovascular risk factors that present episodes of heart failure or even that die from a heart attack at an early age, and that tend to relate to incidental causes such as cocaine use. To which he replied: “in a person of about 35 years with very high cholesterol levels, there may be a heart attack without having another cause; on the other hand, in cocaine users what happens is a generation of thrombi or clots that cover many arteries”.

The positive impact of healthy habits

In general, specialists encourage healthy lifestyle habits such as physical exercise in order to normalize weight, body mass index, and abdominal circumference. Unfortunately, the statistics of overweight, obesity, sedentary lifestyle and smoking in the Chilean population are worrying. “More or less 80 or 90 percent of the people in Chile are sedentary and now with the pandemic that has increased” stated Dr. Jalil. Given the above, the driver inquired into the following scenario: “If I was overweight for 20 years and had bad habits, but I stopped smoking and started exercising more, thinking 20 years from now, is that a real help, that allows me, for example, to reduce cholesterol plaques in the arteries or is the damage already permanent?”. The clinical cardiologist began emphatically that “it is always a real help in the sense of lowering the burden of risk factors, although we must be realistic and clarify that atherosclerotic plaques begin to form after the age of 20, so what is there to do is prevent this from progressing to a greater magnitude and understand that the cardiovascular risk given by the factors is a long-term look, in the next 10 years”.

A recurring tip to improve cardiovascular health, especially aimed at people with little time or absence of physical activity habits, is to incorporate walking into the daily routine. In relation to this advice, the communicator raised the question about whether it really helps, to which the doctor quickly responded that “this is fantastic, especially for cities with significant collective mobilization and in the next two years it will be fundamental for increasing social distance”. Adding that “in La Serena a good climate, an excellent landscape, clean air and distances that are not so great are combined, and walking is one of the best things to do to prevent cardiovascular risk”. 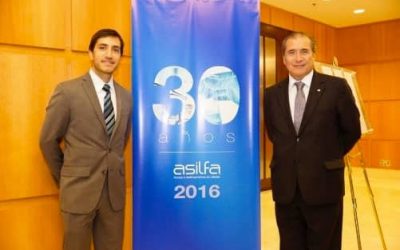 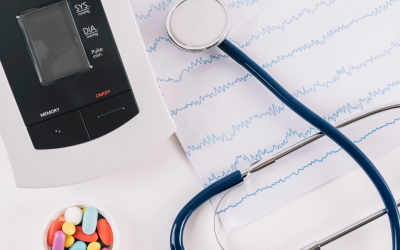 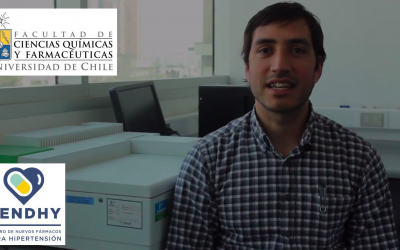