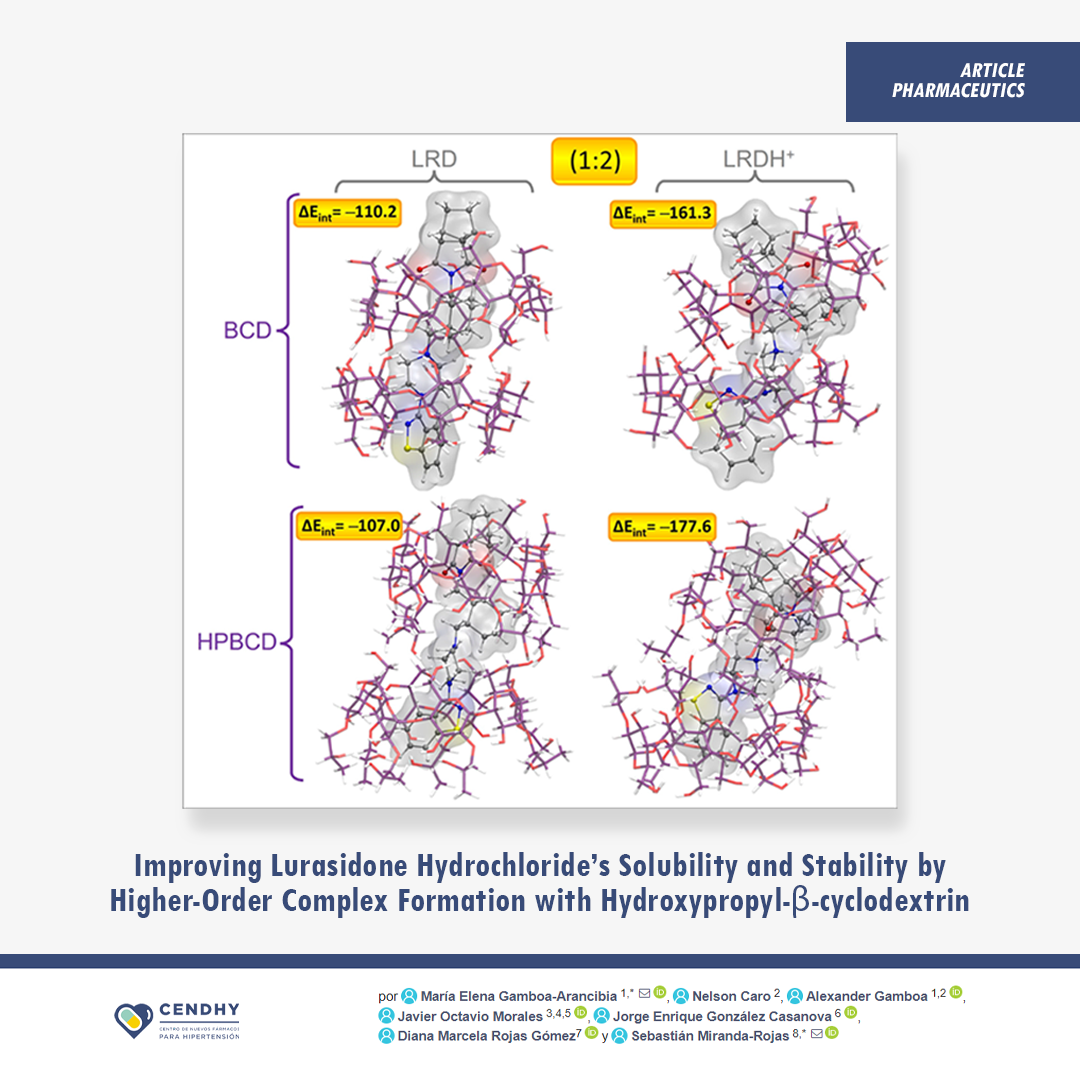 The biopharmaceutical classification system groups low-solubility drugs into two groups: II and IV, with high and low permeability, respectively. Most of the new drugs developed for common pathologies present solubility issues. This is the case of lurasidone hydrochloride—a drug used for the treatment of schizophrenia and bipolar depression. Likewise, the stability problems of some drugs limit the possibility of preparing them in liquid pharmaceutical forms where hydrolysis and oxidation reactions can be favored. Lurasidone hydrochloride presents the isoindole-1,3-dione ring, which is highly susceptible to alkaline hydrolysis, and the benzisothiazole ring, which is susceptible to a lesser extent to oxidation. Herein, we propose to study the increase in the solubility and stability of lurasidone hydrochloride by the formation of higher-order inclusion complexes with hydroxypropyl-β-cyclodextrin. Several stoichiometric relationships were studied at between 0.5 and 3 hydroxypropyl-β-cyclodextrin molecules per drug molecule. The obtained products were characterized, and their solubility and stability were assessed. According to the obtained results, the formation of inclusion complexes dramatically increased the solubility of the drug, and this increased with the increase in the inclusion ratio. This was associated with the loss of crystalline state of the drug, which was in an amorphous state according to infrared spectroscopy, calorimetry, and X-ray analysis. This was also correlated with the stabilization of lurasidone by the cyclodextrin inhibiting its recrystallization. Phase solubility,1H-NMR, and docking computational characterization suggested that the main stoichiometric ratio was 1:1; however, we cannot rule out a 1:2 ratio, where a second cyclodextrin molecule could bind through the isoindole-1,3-dione ring, improving its stability as well. Finally, we can conclude that the formation of higher-order inclusion complexes of lurasidone with hydroxypropyl-β-cyclodextrin is a successful strategy to increase the solubility and stability of the drug.

See the full publication in the following Link.